A man who carried out citizen’s arrests on Uber drivers in Australia “intimidated” his targets and has been permanently banned from making similar arrests.

Russell Howarth had been raising publicity for a campaign which accused Uber of operating illegally.

But a New South Wales court said his actions amounted to intimidation.

It also found he tried to damage Uber’s business to benefit a rival ride-sharing service run by his wife.

Justice Michael Slattery said: “Mr Howarth is a person who has few inhibitions preventing him from acting on his beliefs in a way that may be quite frightening and distressing to others.

“This assessment of Mr Howarth is one of the reasons the court regards a permanent injunction as necessary here.”

Mr Howarth, a former British police officer, carried out “at least” nine arrests between October 2014 and June 2015 before being handed a temporary injunction to stop him.

He had accused the UberX service of breaking the law in New South Wales by engaging in cartel-like behaviour and allowing criminals to operate as drivers. 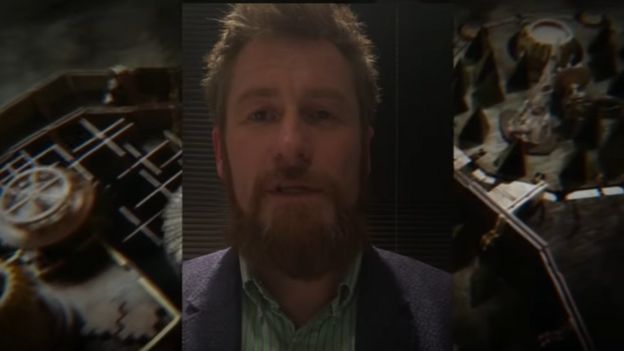 According to the court, Mr Howarth would book a cab using the Uber app, then detain the driver at the end of the journey, sometimes using physical force.

He would also call the police to attend the scene, as well as inviting the media to report on some of the arrests.

“Mr Howarth’s ultimate purpose was in my view to stop Uber’s business by whatever means were at his disposal,” Judge Slattery said.

“By publicising Uber’s conduct he hoped to prevent Uber from continuing to operate.”

In one case, he placed a driver in a wrist lock to restrain him until police arrived.

In another, he tailed a driver at close range, “terrorising him”, according to the court.

He would also post videos on the internet to publicise his acts – one being a spoof of the HBO series Game of Thrones, which depicted him as a liberator of Uber’s “slave” drivers.

He also found Mr Howarth had partly wanted to benefit Ontap – a rival Australian ride-sharing service owned by his wife.

In the “Game of Thrones” video, Mr Howarth encourages Uber drivers to quit the firm and join the likes of Ontap and other Uber rivals.

“That video can be seen as not only an attack on Uber but promoting Ontap as a desirable alternative,” the judge said.

The order permanently bans Mr Howarth performing citizen’s arrests on Uber drivers and employees, and from intimidating or threatening them.